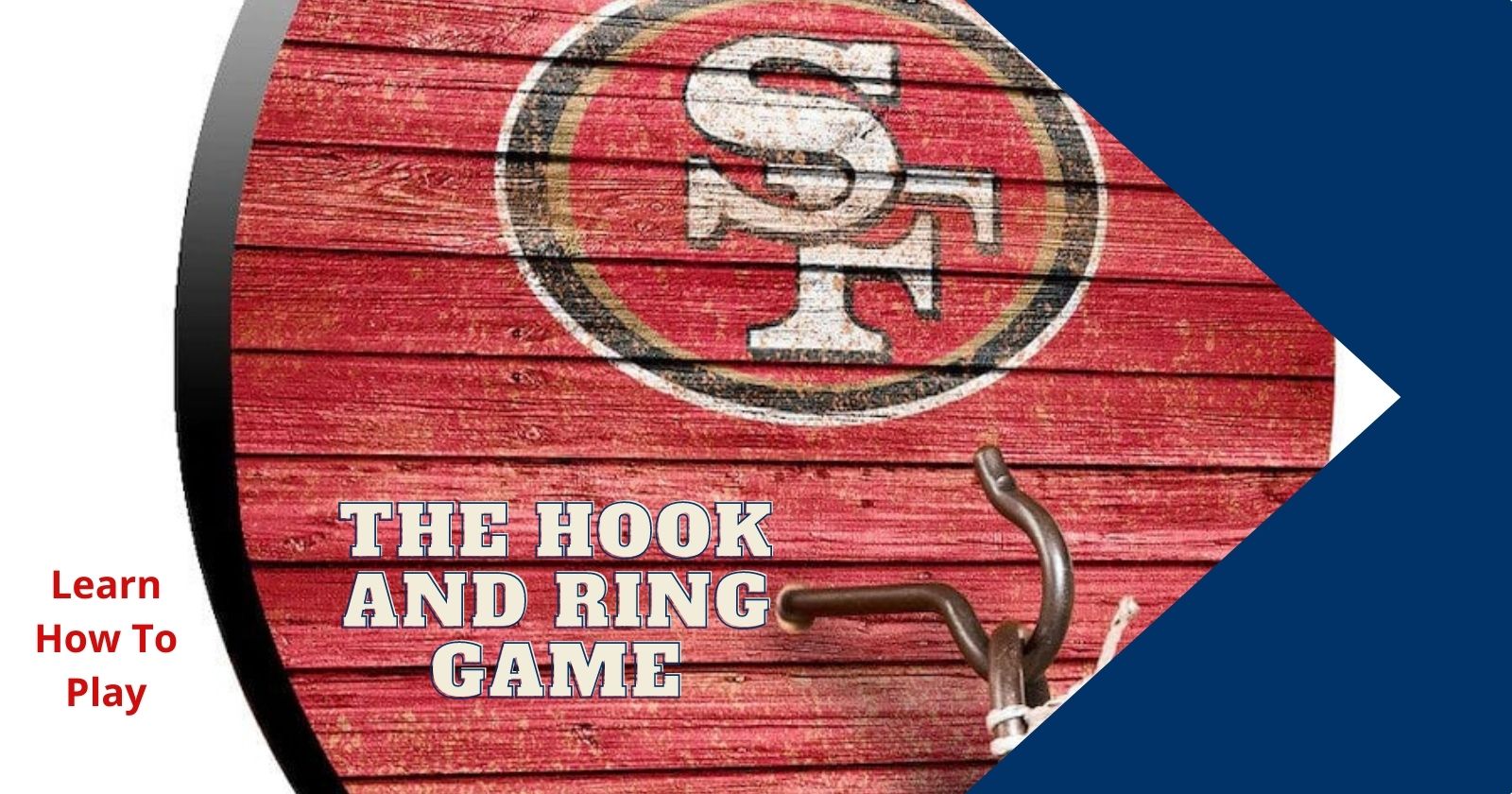 Hey folks and welcome to this short informational post on The Hook And Ring Game. Here you will learn the rules of the game so you can enjoy it to the maximum while your game day events are in full swing.

It is tons of fun to play and is a great way to add some healthy competition to your special tailgating days and nights.

Just for some extra information before we get started and for those of you new to the game, it has been known to go under different names. You may or may not hear the hook and ring game being referred to as The Bimini Ring Game, Tiki Toss and/or Wall Hooky! Whichever name you call it though, it is all the same thing. For the purpose of this post, it will be referred to as the hook and ring game!

So, let’s get started!

The Object Of The Game

Apart from spelling out the obvious and advising you the object of the game is to win, there are some things you should know.

With this game, the rules seem to differ depending on where you are from. I guess it is like many games out there, people incorporate different rules and point allocations such as in games of pool or cards.

Wherever you are from though, if you know the basics you will find your way!

The main aim of the game is to gain the required amount of points before your opponents do using the same amount of player turns to reach those said points. Most importantly though, the game is about passing time and having great fun and entertainment with your friends and family.

If you have decided to acquire your hook and ring game for your favorite football team through this website, then you have no fear. All of the equipment needed has been included in your package. You need only the game board, the string and the metal hook/eyelet!

Setting up is quite a simple process and you can play the game either indoors or outdoors. Most common however is outdoors on the wall or in a garage!

Please note, that it is also known for the board to be placed 5 feet from the ground and the string 5 feet away from the board (60 inches). Again this can depend on your local rules.

The main thing to consider here is that the game should be fun. We are not professionals here so if you need to make small adjustments to be comfortable then do it. There is no sense making the game unnecessarily difficult. Not all ceilings are the same height and not all garages have the same dimensions. So, adjust as you see fit to enjoy the game to the maximum.

The Hook And Ring Game Rules

The rules of the game to follow may depend. There are different rules depending on your goals. You can either play the game with simple rules or you can go for the competitive rules.

For the simple rules it is pretty straight forward.

Before you begin the game, find an agreement amongst all the player how many times you need to land the ring onto the hook. The person to achieve the said number first will win the game. This is an ideal and really simple way to keep it fun especially if you are enjoying your football game day event. Less rules and more beers and food are better right? 🙂

If you decide to go for the more competitive play then there are other elements to consider.

Rather than just aiming to get the hook onto the ring, there are other ways you can score points as follows:

The first player to reach the score of 21 points wins the game!

The 21 point rule seems to be the most common but again, this can vary depending on your local rules. Remember though, it is supposed to be fun, so make it up as you go along.

It is important to know, that each player is entitled the the same number of plays. So there is a chance of a tie score.

Just because you might hit the score of 21 first, if other players have still had turn less than you, they are still eligible to take them.

In the event of a tie score, the players will keep playing until a winning score is achieved with the same number of turns per player.

It is also not uncommon to see varying rules when it comes to players taking turns. Some decide to throw 3 times in a row per player, others 10 times. Again, go with the flow on what seems to be the most common practice for you.

The Hook And Ring Game – Overall

As mentioned, this game should be really fun and if it means making adjustments to setup and game play rules then there should be no issue. Having a great time with friends and family is the most important thing here.

Game days are there to be enjoyed and time spent with loved ones is important. So get your game board in place, grab your burger and you beer and have fun!! Also, if you have any questions feel free to let me know and I will get right back to you.

Have you not got hold of your hook and ring game yet?

Come & Check Them All Out. Pick Up Your Favorite Team Hook & Ring Game Here!