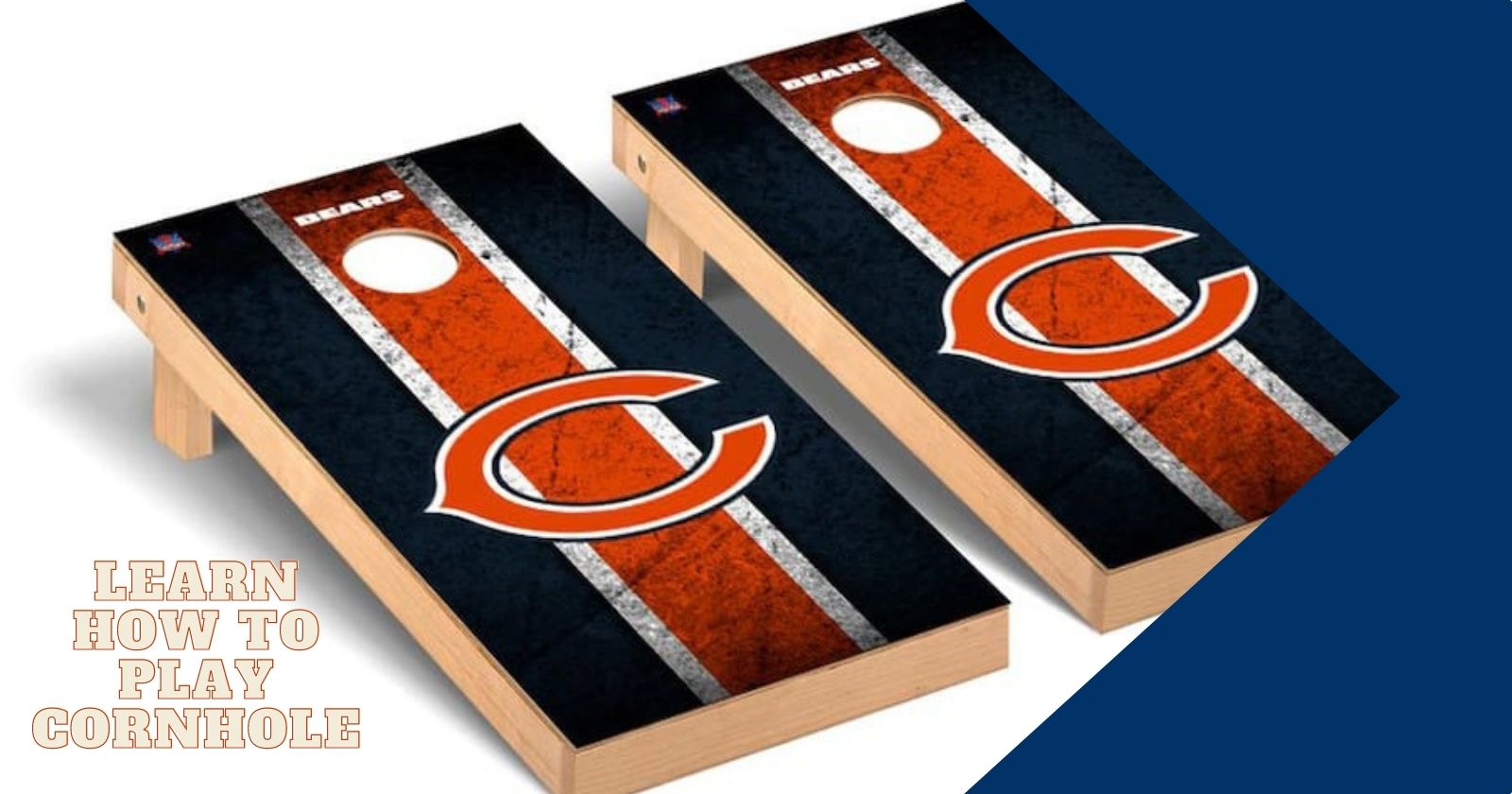 There is nothing like a really great tailgate party and although you can have a few beers and spend some quality time with friends and family, a party is not complete without a game of Cornhole. Learn how to play Cornhole here and maybe even win a game or two. You never know, you could be the next champion!!

OK so first things first. Before you get up and running you of course need the correct equipment. Let’s get started!

What You Need To Play

Your Cornhole Boards – Of course you need to have 2 Cornhole boards (one for each team) which you can find at retailers and here on this website. The boards need to be of set dimensions which are 2 x 4 feet with a 6 inch wide hole located 9 inches from the top of the Cornhole Board. Do not worry so much for these finer details as you will find most boards come with standard specifications. You may need to pay more attention to these figures if you choose to build your own though. Personally I think it is easier just to buy one.

Your Team Beanbags – Each team needs to have 4 bean bags each which will be used to throw and land them on the Cornhole Boards and even better through the hole (hopefully). The bean bags should measure 6 x 6 inches square, weigh between 10 – 12 ounces and filled with corn. Again, if you buy them, these requirements are taken care of. You only need to worry about playing and enjoying the game!

Setting Out Your Boards For Game Play

Setting things out is pretty simple and straight forward. Both of your Cornhole Boards need to be spaced 27 feet apart as shown in the video below. Try to make the playing surface area as flat as possible on the ground. A nice garden lawn is perfect for playing the game. If you are on the beach or somewhere on your travels, just try to find a place with an even ground.

Learn How To Play Cornhole – Starting Off

Naturally, when playing any kind of game you need to decide who is going to start first. Now, there are fair ways to do this and unfair ways. Just because its a Tailgate Party and you have maybe had a drink or two, there is no need to call someone names and threaten them 🙂 You can simply toss a coin or find a simple way to decide who is going to get the game underway.

Although this is a fun game and meant to be played in good spirit, some people can be competitive. If this is the case, feel free to put in place an official/referee to make sure no fouls are taking place.

Sometimes this is better as it is not always easy to spot cheating when you are playing. Having someone independent will solve this issue for those of you that simply have to win, no excuses 🙂

Failing that, just enjoy the occasion.

Understanding The Rules Of The Game

The game of Cornhole is not difficult to play. Let’s face it, this is a Tailgate Party and you should be having fun right? There is no need for complex rules here.

Each team will throw all of their 4 beanbags in turn one at a time. You must throw the bean bags from behind the front of your own board. This can be done on either side of your board which is known as the Pitching Area or Pitching Box. If you stand in in front of your own board and throw this will incur a foul. Watch your feet.

If you land a bag on the board and it is knocked off in a following throw, you lose the point for the bag that was on the board.

Incidentally, if you throw a bag, and it knocks a previously thrown bag into the hole, you will claim the 3 points.

Once all the bags are thrown in the round, you calculate the scores acquired. The winner of the round gets to throw first in the next round!

Scoring is calculated using the difference between the 2 teams. So, if team A scores 5 points team B scores only 2 points, the difference of all 3 points goes to team A and they get to throw first in the next round. The first team to reach 21 points wins the game.

See The Video For Playing Cornhole

Employ Some Cool Tactics To Win

The rules are that you must throw your bean bags using the underarm technique. Launching them like a Baseball Player is considered a foul especially if it is in anger at one of your friends! Simple underarm chucks is the way to go here.

With throwing using the underarm technique as required, you will find you have a lot more control. Some people use fancy finger work too in order to add a spin onto the corn bag as they throw it which can end up with some pretty cool results.

Aim for the front of the Cornhole Board and have some practice with your throws. Sometimes that little spin can lead to the bag sliding onto the board and working its way up to and through the hole to get the 3 points. This is a better tactic as many people aim for the hole itself which is at the furthest point on the board. Very often they overthrow and miss the board completely leading to no points at all.

When you are throwing, be sure to stand in a comfortable position and let your arm follow through with your throw. Avoid being tense (Come on guys, no need for tension here, you are having a Tailgate Party and a good time right?) and keep calm and composed as you throw.

Once you get into the swing of things you will find you get pretty good at this game and have tons of fun with your friends at the same time.

This is the name of the game, well (it’s Cornhole actually) but you get my drift. Take some time to practice at first and then go head to head and really have fun with this game. I always enjoy my Tailgate Parties with my family and friends and hey, drink some beers like I do.. You will have a great time!

Enjoy folks and please check out the provided video as it may emphasize some of the things mentioned here.

Grab Your Cornhole Boards Here From Your Favorite Football Team